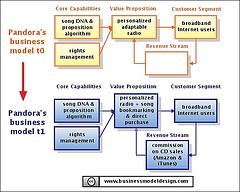 General, scope and impact every scholar of administrative science cannot ignore the role that represent factors of contingencies, as well as the contingency involves, the possibility that a thing happens or does not happen. Something uncertain or eventual, proposition whose truth or falsity can be only known by experience or by evidence, not by reason. A good manager must have knowledge that encourage you to know determine the scope, impact and characteristics as the present scenarios where businesses operate manifest you contingency factors. It must be clear in what represents the theory of contingency, which indicates, that organizational effectiveness cannot be achieved by following a unique and exclusive organizational model, i.e., does not exist a unique shape that is best to organize itself, in order to achieve the different objectives of organizations within an also changing environment. Jose Ramirez appointment, that contingent vision is at the end of accounts aimed at suggest outlines organizational and managerial actions most appropriate for specific situations.

The authors who defend the contingency theory show a great consensus on common themes such as: They are unanimous in the rejection of the universal principles of the Administration, there is a better way to manage or organize. The work done by administrators depends on the circumstances or environment. The administrative practice is situational, for which the administrator should develop their skills of diagnostics for the precise idea at the right time. The contingent approach is applicable to a without number of administrative skills, mainly those that involve components of behavior since then, there are the so-called external factors, as the inmates on the first may be indicated as Jose Ramirez, reminds us that these external factors, according to (Hall, 1973), is they can be divided into general conditions and specific influences. The first are aspects such as technological, economic, legal and political variables, while the latter are composed of issues particularly affecting such organization, such as other organizations or key individuals.